This Viking Age battle axe was found by the use of metal detector by local historian Ørjan Kvalø in a field in the Leka island, Central Norway (Photo: Thor Lanesskog, ThorNews).

Recently, the regional museum Museet Midt in Namdalen in Central Norway got a pleasant surprise: An iron battle axe found with a metal detector in a field in the Leka island was handed in. This is only one of many Viking Age objects discovered in the Namdalen region.

– This is an exciting find, and the axe has most probably been part of a Viking grave. A special buckle has also been found in the same field, Conservator and Section Leader Kristin Kjønsø at the Museum Midt said to ThorNews.

There is little doubt that this is a single hand battle axe. The head has a triangular shape, which is typical for this type of axes. As it appears today, the cutting edge is 13 centimeters (5.1 in) wide and the length is 13 centimeters, but it looks like the part with the eye is missing.

According to the Norwegian archaeologist Dr Jan Petersen’s Viking Age weapons typology, this is clearly a battle axe type M. 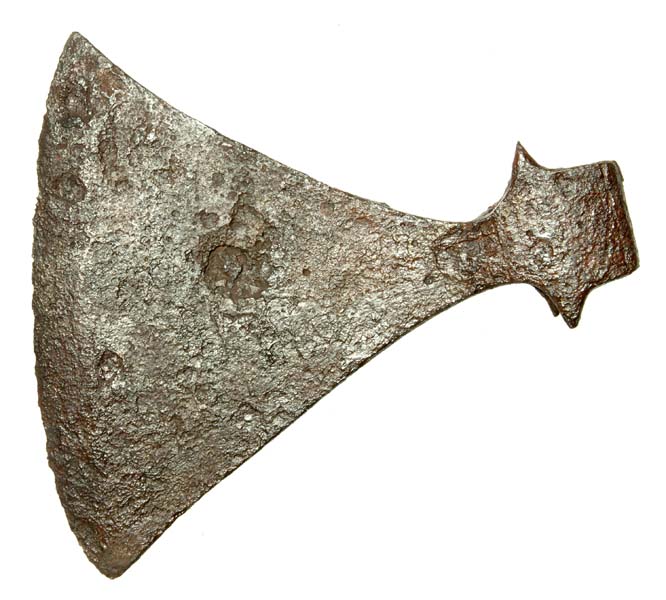 A similar iron battle axe type M was found in the Thames at Runnymede in Surrey, England. The blade is decorated with small dots and the edge has been sharpened. (Photo: Museum of London)

By visually studying the Leka island axe, it looks like there have been some dots on the blade. If this is the case, it indicates that this particular axe was produced between the year 800 AD and up to the mid-900s. During this period, the ornaments were simple and consisted of parallel, chiseled lines or rows of small dots.

Precious metal was not used as decoration on combat axes before after the mid-900s.

There have been many Viking Age findings in the Leka island and the neighboring municipalities in the Namdal region in Central Norway, and ThorNews has been given access to documentation showing both fragments and relatively well-preserved axes handed in to the Museum Midt.

According to conservator Kristin Kjønsø, this area has always had a rich supply of fish, and dried fish was a valuable commodity. In addition, whaling provided whale leather used to produce strong ropes that were used aboard Viking ships. 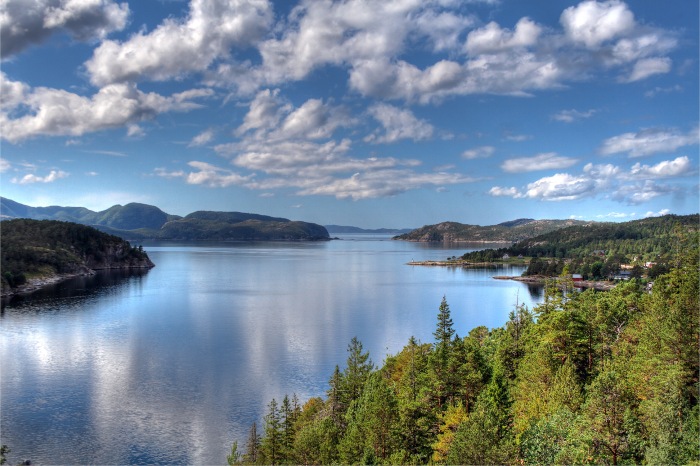 One of many facts documenting that this region was inhabited by Norsemen, is the name of the neighboring  municipality Nærøy, meaning “Njord’s Island” in Old Norse – the god associated with the sea, seafaring, fishing, wind and crop fertility.

The Leka battle axe will now undergo x-ray analysis at the NTNU Museum of Natural History and Archeology in Trondheim. It will be exciting to see if the analysis will reveal some unknown secrets.

Note: The article has been updated when ThorNews got more accurate information about the exact location for the battle axe finding.

Like Loading...
‹ The Amazing Hoddøya Bronze Age Spear – A Gift to the Gods
Old Norse Mystery: What Do the Couples Depicted on Thousands of Miniature Gold Amulets Symbolize? ›