Home › Culture › Research: Vikings Did Not Hide Behind Shield Walls

Research: Vikings Did Not Hide Behind Shield Walls 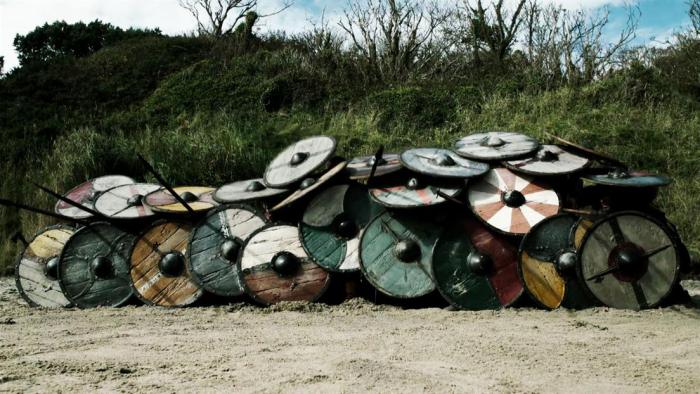 According to Rolf Warming, an archaeologist and researcher at the University of Copenhagen, the Vikings did not use shield walls in combat. A typical Viking shield was relatively small and light, and used as an active weapon.

– There is a widespread misunderstanding among Viking enthusiasts and us archaeologists that the Vikings have been standing shield by shield forming a close formation in battle, Warming said to the Danish research portal videnskap.dk.

His research results are supported by archaeological finds, written texts and known Viking fighting techniques that were based on surprise, speed and weapon skills.

Warming, who also is the founder of the Society for Combat Archaeology, has studied how the Vikings fought in battle. He finds no evidence of the use of shield walls in medieval texts or through practical tests.

– The shield wall we see in the popular TV series “Vikings” or “The Last Kingdom” is very nicely made, but unfortunately not true.

Among other facts, his theory is based upon an archaeological experiment where Warming equipped with armor, helmet and copies of old Viking shields tested different combat situations against an opponent armed with a sharp sword.

The shield was severely damaged when it was used the same way as in a shield wall, but when Warming used it actively to avoid direct hits from his opponent, the damage was considerably less.

The archaeologist believes that there must have been far more disadvantages than advantages by using shield walls and that the thin and relatively light Viking shields would not have lasted very long.

In addition to the practical tests, the researcher also has reviewed a number of historical sources from the Viking Age and the Middle Ages.

He did not find any descriptions of Viking shield walls.

Warming concludes that the Vikings probably have been individual warriors fighting the enemy actively using their shields, either to avoid being hit by swords or axes, or to hit the enemy with the edge.

In 2010, an almost complete hand-held shield was excavated at the Trelleborg Viking ring fortress dated to the reign of Harold Bluetooth of Denmark (c. 958 – 986 AD). So far, this is the only complete shield found in Denmark dating back to the Viking Age. 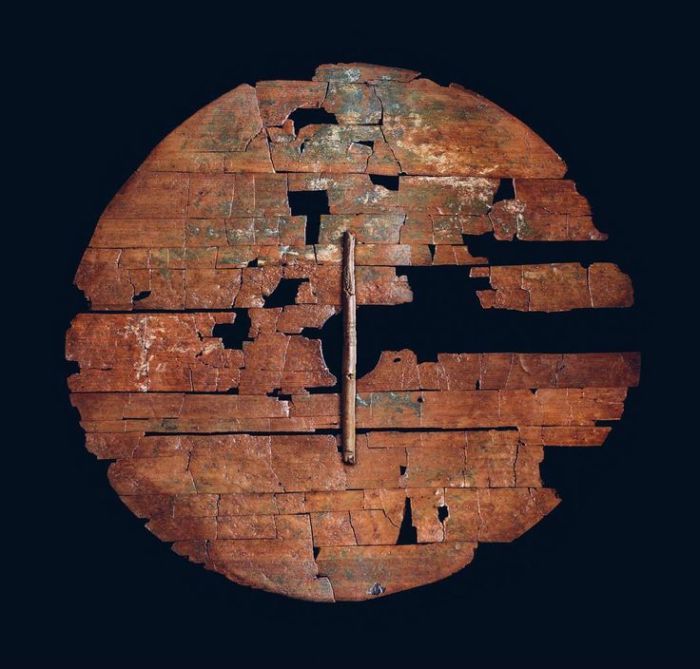 Fragments from the Trelleborg shield put together. (Photo: National Museum of Denmark)

With a diameter of 85 centimeters, eight millimeters thick near the centre and thinning to five millimeters at the edges, the Trelleborg shield was relatively light.

It is made of seven fir planks, has a hole in the middle and a moderately decorated handle.  Originally there must have been a boss, but it was never found.

If the Trelleborg shield was typical for the Viking Age, it originally was covered with animal skin to make it stronger, and it was probably painted in bright colors.

In addition to the finding at Trelleborg, there were also found complete shields in the Gokstad ship mound in Norway. The Viking ship was excavated together with a large number of grave goods including sixty-four round shields painted in blue or yellow used as a so-called shield rack to protect the crew against incoming arrows and spears. 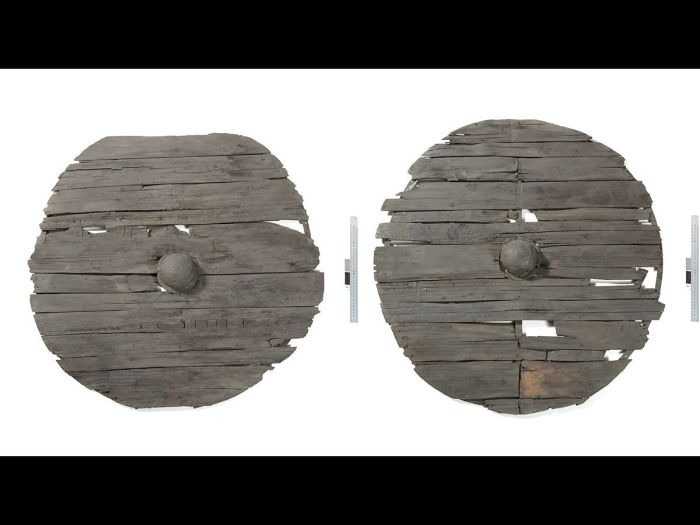 Two of the sixty-four shields from the Gokstad ship, thirty-two on each side. Every second was painted in yellow or black and the longship must have been a magnificent sight. (Photo: Museum of Cultural History, Oslo)

The Gokstad shields are like the shield found at Trelleborg relatively thin, and research has shown that they would easily split when struck with arrows, swords and axes.

This strengthens the theory that they originally were covered with animal skin: The skin shrinks a little when it dries out, something that increases the strength.

By using animal skin, it was also possible to use relatively thin pieces of wood and thereby keep the weight as low as possible.

However, the shields were not strong enough (or big enough) to withstand multiple hits from swords and axes in a shield wall – something that confirms Warming’s theory.

It is known that the Vikings used a wide range of combat techniques. One of these is the so-called svinfylking (”Swine Array” or “Boar’s Snout”), a version of the wedge formation used to attack and break through enemy shield walls with ax as the primary weapon, something that was creating fear and panic.

The disadvantage of the svinfylking technique is that it was not working if the attackers had to make a quick retreat.

The Norse sagas also confirm the Viking mentality: Norsemen were fearless warriors who did not hide behind shield walls while they waited for the enemy to attack.

Like Loading...
‹ In This Town Shop Owners Leave Their Goods Unguarded on the Street
The Myklebust Ship – Norway’s Largest Viking Ship Being Rebuilt ›