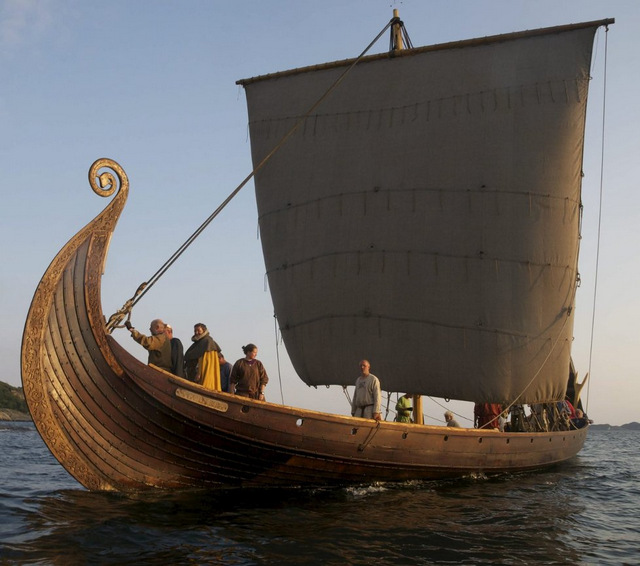 Another confirmation that the Viking Age has come to a definitive end: The Norwegian Maritime Authority (NMA) requires engine, life raft and emergency exit signs aboard «Saga Oseberg», a full-scale replica of the Oseberg Viking ship dating back to the year 820 AD.

The NMA believes that the copy of the Oseberg ship is a passenger ship and that the formal requirements must be followed.

So far, the vessel has been registered as a pleasure craft, but the NMA believes that as long as school classes, companies and other passengers are brought on board, the Viking ship must be considered a passenger ship.

The background is, among other regulations, a new shipping regulation initiated on 1 January 2017: If Saga Oseberg is to bring more than 12 passengers it must obtain an approval as passenger ship, something which requires an engine as main propulsion system.

The Viking ship is owned by the New Oseberg Ship Foundation and is manned and maintained by volunteer members from the Oseberg Båtlag boat association.

– We have already canceled bookngs worth about 30,000 dollars (250,000 Norwegian kroner), which corresponds to a half-year budget. This is quite bad for us, we are a voluntary association that seems to be in a big deficit this year, Captain of Saga Oseberg, Ole Harald Flåten said to the Kyst og Fjord newspaper.

– We interpret this as we are not allowed to use the ship at all, Flåten said. 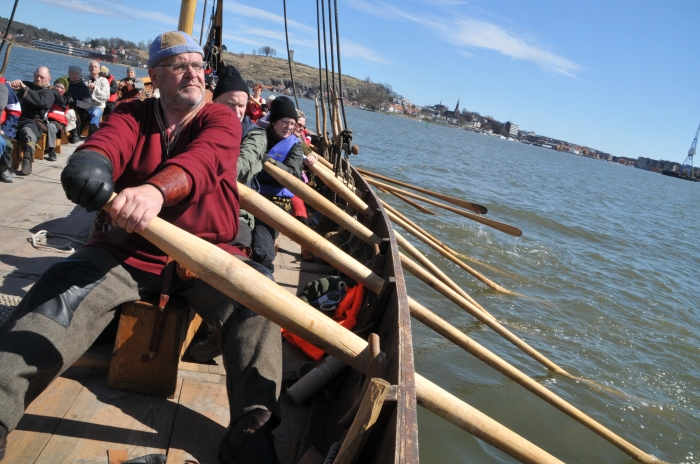 Director of communications at the Norwegian Maritime Authority, Dag Inge Aarhus, said that the Authority did only mention engine as a possible future requirement in the letter to the Oseberg Båtlag boat association, and denies that they did require emergency exits.

– We are aware that this is an open ship, the Director of communications said.

Engine Out of the Question

Captain Ole Harald Flåten said to Kyst og Fjord newspaper that it is out of the question to install an engine aboard the Viking ship.

– Saga Oseberg is in reality a big rowing boat, which was built in the same way as 1200 years ago. We cannot ruin it by installing an engine.

Local politicians from Vestfold are now putting some friendly pressure on the Minister of Trade and Industry, Monica Mæland, so that Saga Oseberg can be granted exemption from the rigid rules.

Whatever outcome, the Vikings now resting in Valhalla are probably shaking their heads thinking back to the days when they crossed the unknown ocean to the west – without an engine, life raft or emergency exit signs.