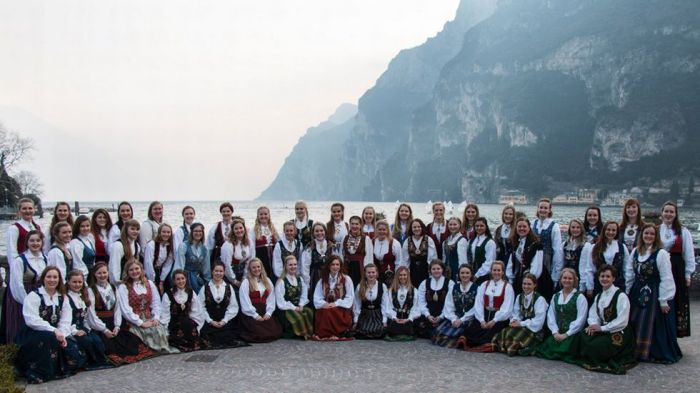 – We were the “most beautiful” the judge ever heard. We were ecstatic, and it was fantastic, says Eva Eide, leader of the women’s choir Damekoret Hedda.

– It was beyond expectations, a lovely experience! says Benedikte Aune, head of TKS to newspaper Adresseavisen.

Both choirs won in their classes – and TKS voted second best in the Grand Prix Final.

– We have been through a long process aiming for this particular competition. In October, we got a silver diploma in the national championships, and we certainly had great expectations ahead of this trip, says Eva Eide.

The two choirs competed against choral groups from the US, Italy, Sweden, Bosnia, and Finland.

The competition took place on March 21. Based on certain criteria, the choirs had to sing three songs, including an optional song.

Damekoret Hedda chose including “Ved Rondane” and Kim Andre Arnesen’s “Even When He’s Silent”- receiving good feedback from the judges, who emphasized the choir’s well-chosen repertoire and beautiful, mature tone.

TKS had chosen including a song by Verdi and “Som den gyldne sol frembryter” by Thomas Kingo.

– The judges were especially impressed by the Norwegian hymn, says Aune.

The two choirs from Trondheim received gold in their classes, and TKS got the second highest score of all the contestants.

– One of the judges said we were his favorites during the whole competition. The Danish judge said that our concert was the “most beautiful” he had ever heard. He had many nice words, says Eide, who brought both a statuette and a gold diploma back home to Trondheim.

Since they did not make it to the Grand Prix Finals, it was a big surprise for Damekoret Hedda when they received gold diplomas during the award ceremony.

TKS is a women’s choir with about 70 active singers. They belong to the Student Society and established as early as 1930, making them one of the oldest existing female choirs. Conductor is Eirik Mundhjeld.

– We like to sing different kinds of music. What we did in this concert was a little outside what we have done previously. Usually we have a mix of classic Norwegian folk tunes and modern music, says Aune.

Damekoret Hedda consists of approximately 30 women, founded in 1969 under the name of Heimdal Female Choirs. In 2004, they changed their name to Damekoret Hedda. Each year, they change between having religious or nonspiritual music in focus.