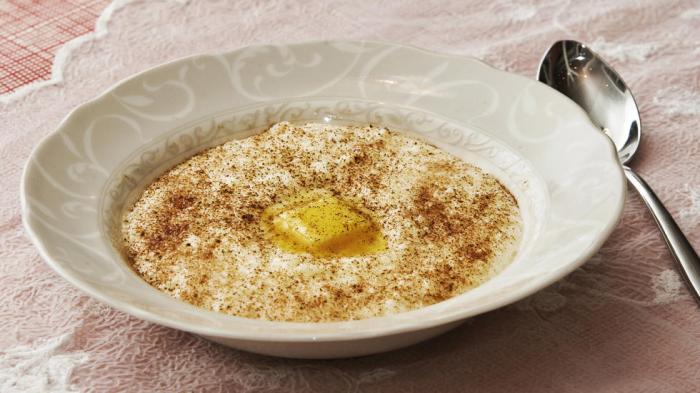 December is the undisputed “porridge-month” in Norway, and during this period 35 percent of all Norwegians consume rice porridge four times or more. However, in the old days, rice porridge was not for everyone.

Until the mid-1800s, the main porridge ingredient across Europe was barley, oats and rye. Rice was an expensive and luxurious import commodity.

In the 1300s, rice was imported to Norway and recognized as a status symbol. Serving rice porridge on Christmas Eve was something for the elite. First in the 1800s it became common among the working class. Since then, it has been a Nordic tradition and almost synonym with the holidays.

The custom of hiding a scalded almond in the porridge is widespread throughout Scandinavia. It originates from ancient times when it was said that whoever got the almond would be the first to get married.

Historians believe the beloved tradition may stem from the northwestern European game “King of the Bean” from the 1500s. Instead of an almond, a bean was hidden inside a bread or cake and the finder was appointed King Bean – with the right to fabricate name to the others around the table.

Today, the bean is replaced with an almond, the bread replaced with rice pudding or rice porridge, and the prize is a large marzipan pig.

If we are to believe history books, the tradition of placing a bowl of porridge to Santa is based on rural superstition. “Fjøsnissen” (not the real Santa) is a figure often living in farm outbuildings, and his job was to look after the farm. By sacrificing food and beer, people believed in good harvests.

The tradition of placing out porridge to Santa is still very popular, and a study from 2009 showed that over 350 000 Norwegians (out of 5 million inhabitants) do this every year.

Old-fashioned rice porridge is easy to make. Just remember to stir regularly so it is not scorching. Serve with cinnamon, sugar and butter.