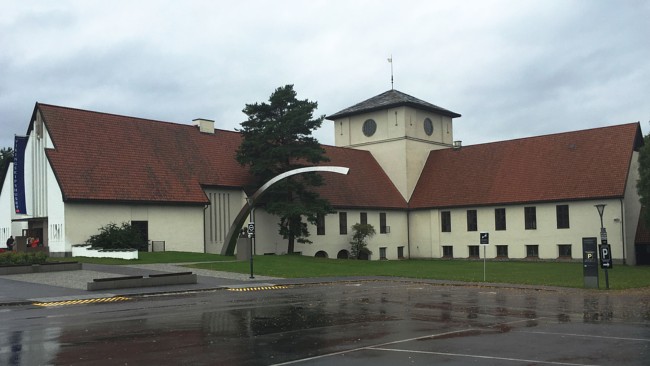 The Norwegian Government has announced an international design contest for a new Viking museum. The new facility will be part of the current Viking Ship Museum.

The museum, located at Bygdøy in Oslo, is one of the most visited tourist attractions and houses one of the world’s biggest collections including the Oseberg ship, the Gokstad ship, carts and other artifacts dating back to the Viking Age.

The current museum was designed by architect Arnstein Arneberg in 1913 and is a listed building.

The entire facility, including the new building will measure about 140,000 square feet (13,000 square meters) – three times larger than the existing museum.

– The goal is to create an international leading center for the dissemination of knowledge and research, says Minister of Education and Research, Torbjørn Røe Isaksen (Conservative Party) to NRK.

For several years, the Museum of Cultural History and politicians tried to get the Viking ships moved to Bjørvika, along with the new Munch Museum and Deichmanske Bibliotek (Oslo Public Library).

Because of the condition of the Viking treasures, an international committee of experts concluded that the ships and other objects are so fragile that they are in danger of destruction if they are moved.

In July, the Viking Ship Museum had over 100 000 visitors, which is a record and an increase of 17 percent compared with the same month last year.

The deadline for submitting entries is December 2, 2015.