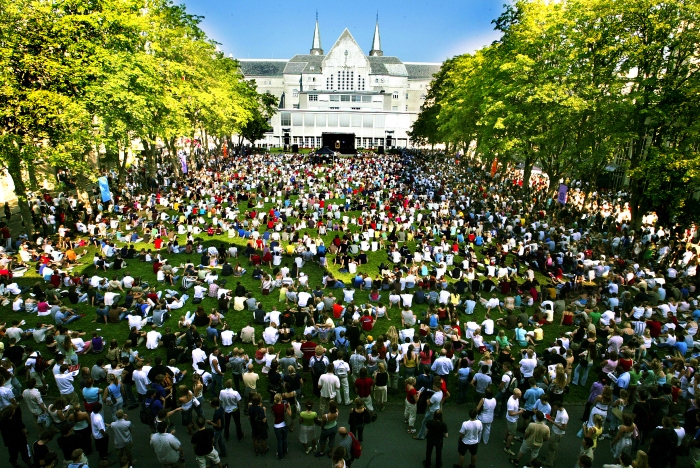 The Norwegian University of Science and Technology in Trondheim attracts students from all over the world. (Photo: NTNU)

Since 2005, the number of foreign students in Norway has doubled, and the group represents nearly 10 percent of the total. Most come from European countries, but also China sends many of its brightest young minds.

In the academic year 2013 – 2014, there were approximately 269,000 registered students in Norway and almost 24,000 came from other countries. This is twice as many as in 2005, according to a new report from Norwegian Centre for International Cooperation in Education (SIU), Universitas reports.

According to a study conducted by the Nordic Institute for Studies in Innovation, Research and Education (NIFU), the students come from a wide range of countries. The majority is European while Sweden, Russia, Germany and China are placed at the top of the list.

Many of the European students only stay for a shorter exchange period while the majority from developing countries finishes a university degree.

There are several reasons why foreign students find their way to Norway. More courses in English and various scholarship schemes are important factors.

Another reason is that most European countries have introduced tuition fees for students from outside the European Economic Area (EEA). This also applies to the neighboring countries Sweden and Denmark, while education is still free in Norway.

The development is also related to labor and other forms of migration; some of the students with foreign citizenship did originally come to Norway for reasons other than studies.

Surveys conducted among foreign students show that courses held in English and free education are among the main reasons why they choose to study in Norway.