Fish farming company Polarfish has got permission to farm Russian and Siberian sturgeon in Norway. It is the first time the authorities give such permission.

– It is amazing. It has been a long process, says CEO Anker Bergli in Polarfisk to NRK Nordland.

Bergli started the work back in 2009. The plan was to build a closed, land-based facility in Bjærangsfjord in Meløy municipality, Northern Norway, but first he had to convince the authorities that the fish would not hurt Norwegian nature.

– I eventually got permission from the Directorate of Fisheries, but the Ministry of Climate and Environment said no. Now the Ministry has changed its viewpoint.

The World’s Most Expensive Seafood Product

Roe from Siberian sturgeon is used in caviar marketed as an alternative to the classic and most exclusive Russian caviar – a prized delicacy made from beluga sturgeon roe. 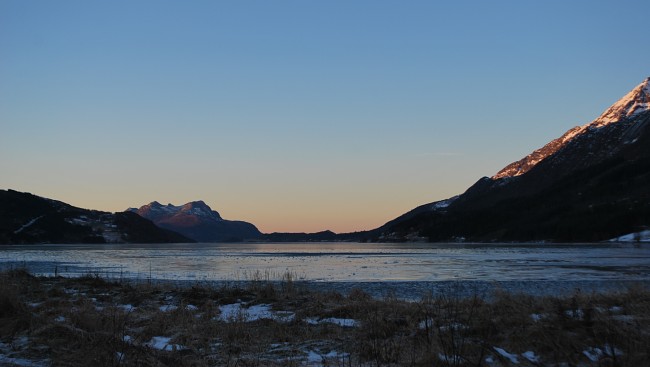 The sturgeons will unfortunately not see the beautiful Bjærangsfjord from the closed plant, but can enjoy the clean sea water. (Photo: Hans Brattøy).

Several sturgeon species have been overfished and is now on the list of critically endangered species.

– However, for this plant the roe is imported from a land-based facility in the Netherlands. Therefore this production is not going to damage the species in its natural habitat, Bergli explains.

– The roe is the diamond in this project, but also the meat is considered a gourmet product, says Bergli.