Home › Culture › Erik Bye: The Giant We Will Never Forget

Erik Bye: The Giant We Will Never Forget 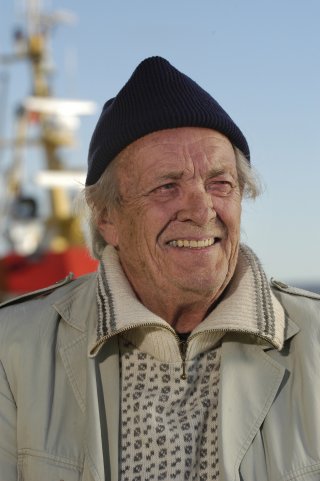 Today, on October 13, ten years have passed since the Giant took his final breath. Among Norwegians, Erik Bye is remembered as one of the most prominent men of all time, and his charismatic appearance is safe kept in the Norwegian spirit. Erik Bye voiced feelings we never knew we had.

It was a sad day for many when the message arrived in 2004. Throughout his long career as a journalist and TV host on NRK, Erik Bye has left deep traces in Norwegian cultural history with his poetry, music recordings and novels.

Bye, who was born in Brooklyn, NY, won a large audience with his entertainment programs and TV reports from home and abroad. He was concerned about disabled people and people wounded in war – and through a series of programs, he helped to improve their lives. The life of sailors and the Norwegian American society were also important topics to him.

He became a strong supporter of sailors, and especially war sailors. One of his most recognized songs was written on the occasion of a fundraising for the Norwegian Society for Sea Rescue who needed a new rescue boat. Erik Bye appealed to all Norwegians to participate in the financing of R/S Skomvær II – which became a success. In 1961, the newly built vessel was launched, and from the shipyard, Bye led an unforgettable show: Along with the Norwegian Seamen Choir he performed the “title song” Skomværsvalsen (The Skomvær Waltz).

Bye had the world as his workplace and through one of his TV shows, he followed three generations of Norwegian emigrants to the US in search of their roots. His shows generally had a meaningful content, without being intrusive.