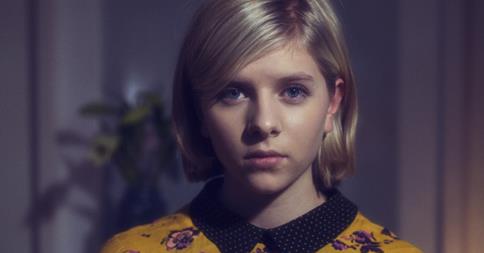 “…if one were to judge by Aksnes’ fragile, fairytale pop, she doesn’t live in the same world as the rest of us anyway”, MTVIGGY writes. (Aurora Aksnes/ Facebook)

“From African hip hop to Chinese punk, from Brazilian baile funk to Swedish folk rock, we restlessly scour the world in search of exciting young musicians creating the sounds of the future. Listen to them now. They’ll be superstars tomorrow”, MTVIGGY on Facebook. In a recent article, MTVIGGY has scoured Norway and made this list of 13 upcoming bands.

Below you can read the article and watch the videos with some great Norwegian music.

We’ve gotten pretty comfortable with thinking of Norway as the bastion of hip. After all, the country has turned out some of our favorite musicians. (Here’s looking at you Sondre Lerche, Röyksopp, Kings of Convenience, and Todd Terje.)

But even though we keep sending them cards and fruitcake every Christmas, the nation is holding out on us. As discovered during a recent visit to Oslo’s Øya Festival, for every musician they manage to push out into the international stage, there’s at least a five more at home that they’ve somehow managed to keep a secret. In the spirit of cross-cultural pollination, and the simple fact that music is the best travel souvenir ever, here are 13 Norwegian acts we’d love to see more of stateside.

Hanne Kolstø may be a solo artist, but her ambitious songs come across like the work of a musical army. (Fans of Mew: please meet your newest obsession.) Her recent album Stillness and Panic plays like a crescendo master class, each track building to emotion-heavy choruses that don’t just celebrate love, emotion, and human connection, but fully inhabit it. She’s a rare musician — writer of escapist pop for the urban set, capable of evoking wonder in the most tried-and-true of song topics.

Tønsberg-based band Proviant Audio (Mathias Stubø and eight of his closest pals) harness the disco-ball sparkle of the 1970s…no robot helmets required. This is seriously playful cut-and-paste pop that doesn’t take itself seriously. Which is totally fine, because let’s face it — your Saturday Night Fever swagger looks a bit silly anyway.

Oslo’s Ellen A. W. Sunde may have named herself after a Beck album, but that’s about all that the Norwegian producer and Los Angeles “Loser” have in common. Sea Change’s world is one of contrasts; fevered apexes of drum machines and electronic looped beats crashing up against Sunde’s child-like soprano. Songs linger like half-remembered dreams — meaning you’ll be thinking about her work long after the 3-5 minute mini-digital opuses have run their course.

Oslo’s six-piece Kid Astray basically has this whole new wave/dance pop thing on lockdown. The production is shiny, the beats are big, and the melancholy only serves to sweeten the deal. If CHVRCHES don’t take them out on tour as an opening act, they’ll be missing a trick.

For all the organs, zithers, and different forms of percussion, Highasakite’s real magic steams from frontwoman Ingrid Helene Håvik’s siren-like vocals. It’s in her swooping soprano, stretched at times to both throaty yodel and coquettish whisper, that can render obtuse lines like “Am I the real Darth Vader?” palatable, and tales of life, love, and loss downright divine.

Pow Pow’s psych pop leaves no time to pretend. Having played together since they were kids (or at least young adults) the Oslo-based five-piece regularly toss out the kind of hook that would make even Benjamin Goldwasser and Andrew VanWyngarden green with envy. No time for congratulations though — just when you’ve realized the genius of their creation they’re already rushing off to the next vocoder-warped chorus or synth and bass dance break.

The Oslo-based four-piece’s debut full-length is a haunting electro rock affair, filled with tales of ghosts, nautical misadventures and broken hearts, which covers almost as much ground as the group’s namesake, 20th century adventurer/explorer Thor Heyerdahl. The often-disparate ideas (a bed of icy synths here, a jazz shuffle there) are united by a driving sense of discontentment, as the group struggles forward towards the next musical horizon — whatever that may be.

Aurora Aksnes is probably going to have to learn to live with the word quirky. It’s a low-hanging fruit, one that many journalists will likely lean on to describe her limber vocals, which are capable of changing both in timber and pitch during mid-phrase. Then again, if one were to judge by Aksnes’ fragile, fairytale pop, she doesn’t live in the same world as the rest of us anyway. Amidst the beat-based songs and nature-centric imagery so lush you could almost reach out and touch it, she’s not just the harbinger of musical quirk—she’s a queen.

Bergen’s Young Dreams paint their coming-of-age tales with a light retro-pop flourish that recalls the best of the Beach Boy’s back catalogue. (See the multi-part harmonies of “When Kisses Are Salty.”) But their youthful delivery (complete with lyrical mentions of both drinking games and cell phone chargers) serves to remind us that great songwriting and youthful energy never goes out of fashion.

Farao has made a musical home exactly halfway between her folk guitar and looped beats. The songs of her self-titled debut EP play like the world’s most detailed ships in bottles — each one of her cinematic emotional explorations perfectly expressed by the smallest of instrumental flourishes and vocal shift.

Cashmere Cat (otherwise known as Magnus A. Høiberg) makes playful Yann Tiersen-in-the-club beats split the difference between the dancers and dreamers. (They also appeal to those with a sense of humor — just try counting the number of meows on some of his early work.) Having already remixed Lana Del Rey, 2 Chainz and Jeremih, and appeared on the Grand Theft Auto V soundtrack, chances are he won’t be a national secret for much longer.

Emilie Nicolas sounds like she sings with one foot in the Oslo snow, her sweet soprano imbued with icy undertones. Sure, comparisons to Lykke Li are likely — particularly since her first single “Grown Up” was imbued with a similar sense of melancholy. But Nicolas’ R&B-heavy cover of DumDum Boys song “Pstereo” proves that she can twist her talents to master any genre she pleases. A debut full-length is expected in early 2015.

Holy ambition Batman! From crystalline falsettos, to clapped choruses, to string sections, and crescendos a plenty, Team Me is out to score every cinematic notion you’ve ever had. They might just inspire you to feel a few feelings. Go take off your clothes and run through a moonlight field, or something — this is your soundtrack for cutting loose.