Six cyclists who were going to participate in the popular Birkebeiner Cycling Race were sent to the emergency ward after drinking laundry detergent. Before the start they were given a sample of OMO that they thought was a sports drink.

– There were a few who misunderstood and thought they got a sports drink that should be mixed in the drinking water, says Press Officer Ingunn Rønningen Kleven to NRK.

The iconic brand OMO laundry detergent has been produced by Lilleborg since 1961, and the brand name should be well known among the general population.

The bottles were clearly marked with the words: “OMO Active & Sport, Laundry detergent (underlined) for fitness and leisure wear”.

Sent to the Emergency Ward

The six Norwegian male riders were sent to the emergency ward in Lillehammer for a check. None of them have been seriously injured.

– I have received notice that none of them got very sick, and some participated in the race, says Ingunn Rønningen Kleven.

According to the Poison Information Center laundry detergents luckily are not very dangerous.

If you swallow larger amounts you may feel sick and vomit. Smaller amounts can cause sore mouth and throat. (Editor’s Note: But you get fresh breath …) 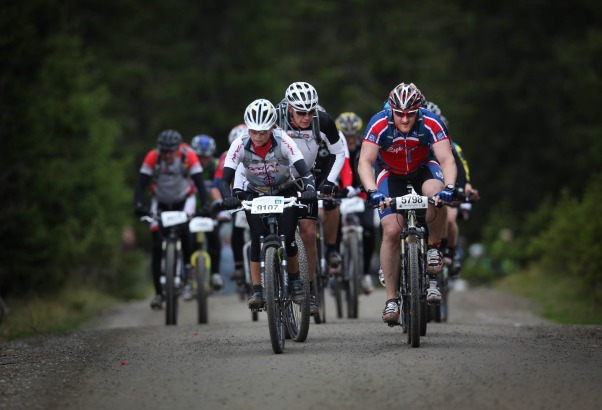 Cyclists from all over Norway and Scandinavia are participating in the popular race. (Photo: Birkebenerrittet)

The race that starts at Rena and ends in Lillehammer is 92 kilometers long and commemorates a trip made by the Birkebeiner loyalists to save the heir to the Norwegian throne, Haakon Haakonsson, in 1206 AD.

All participants carry a backpack weighing at least 3.5 kilos symbolizing the weight of the then one-year old heir.