Home › Culture › Can You See the Troll?

Can You See the Troll? 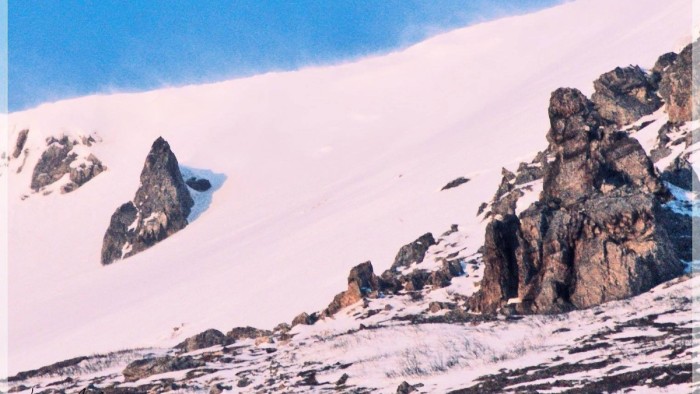 This troll has been exposed to direct sunlight and has turned into stone. (Photo: Terese Agnete Johansen / Facebook – click to enlarge)

– Ever since I was a child I have looked up the hillside and imagined that I see a troll at Prestøra in the Reinøya Island, says Terese Agnete Johansen to NRK Nordland.

Now, she finally has got a picture of the troll she glimpsed through the school bus window.

– Recently I went for a hike and brought a telephoto lens. Finally I got a picture of the stone, and then I saw that it actually is a troll, she says.

The stone formation is natural and is located on a mountainside on Prestøra in Troms County. Johansen took the photo from the road and says she has cropped the image so that the troll can be seen clearly.

The jotne, later also called troll – is a gigantic creature in Norse mythology living in Utgard and Jotunheim. These giants are in some contexts the Aesir’s (most of the Norse gods) enemies, in other contexts their sexual partners.

Many jotner are in possession of great wisdom, such as Vavtrudne, which competes with the major god Odin in knowledge. The battle between the jotner and Thor, the jotner’s most dangerous opponent among the Aesirs, is a major motif in Norse myths.

Supernatural beings like trolls also have a long tradition in Nordic folklore. They are often described as gigantic, evil and stupid creatures that dwell in isolated rocks, mountains, or caves, living together in small family units.

Trolls live far from human habitation and can smell “a Christian man’s blood”. They are considered very dangerous to humans but turn into stone if they are exposed to direct sunlight.

The Troll Hunter (Norwegian: Trolljegeren) is a 2010 Norwegian dark fantasy film, made in the form of a “found footage” mockumentary.

You can watch some “real” Norwegian trolls in the official trailer: