Norwegian Descendants in the United States 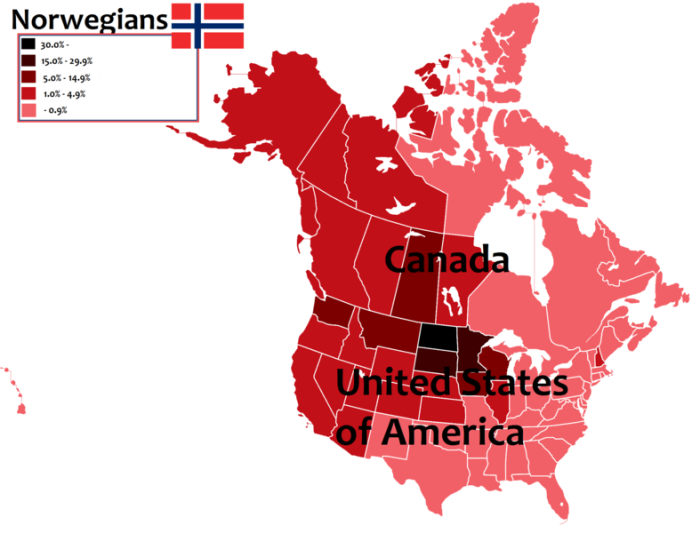 The map shows the percentage of the total population in Canada and the U.S. that descends from Norwegian immigrants.

At the 2010 U.S. Census there was recorded 4.6 million with Norwegian roots in America. The vast majority of Norwegian Americans are descendants of immigrants who came between 1860 and 1920 and who settled in the Midwest. In the last two generations, there has been considerable changes so that only five out of ten Norwegian Americans are living in the Midwest, but it is estimated that nearly nine out of ten Norwegian Americans have ties to the region (i.e. that they or one or both parents were born there), but the lack of opportunities and lack of jobs has led to that many have moved south, west or east.