The attack in 793 AD at the English monastery at Lindisfarne did not only signal the beginning of the Viking Age, but also the beginning of a nearly 300-year period of widespread trade and assimilation between Norse pagans and Christian Europeans. The Vikings were pragmatists, and let themselves be marked with the sign of the cross to be able to form alliances and trade agreements in a Catholic Europe.

The silver pendant found in Iceland can be interpreted as either a Thor’s hammer, also known as ’Mjölnir’, or a crucifix. The similarity was convenient for the Vikings who had to deal with a Europe that was under the powerful influence of the Catholic Church.

Dating from the 9th to 11th centuries, about fifty Thor’s hammer pendants have been found spread throughout Scandinavia (Norway, Sweden and Denmark), most commonly discovered in areas with a strong Christian influence. It is therefore believed that the wearing of Thor’s hammers was a silent protest against the introduction of Christianity – and because of the similarity between a ‘Mjölnir’ pendant and a crucifix, those who followed Norse religion could wear the pendant with a low risk of being prosecuted and penalized by the Church.

Some Vikings let themselves be prime-signed (Latin: prima signatio; to receive ‘the first marking with a cross’ – implied the sign of the cross), to be accepted among Christians. This was important considering entering into key alliances and to be able to trade in Christian countries such as England. 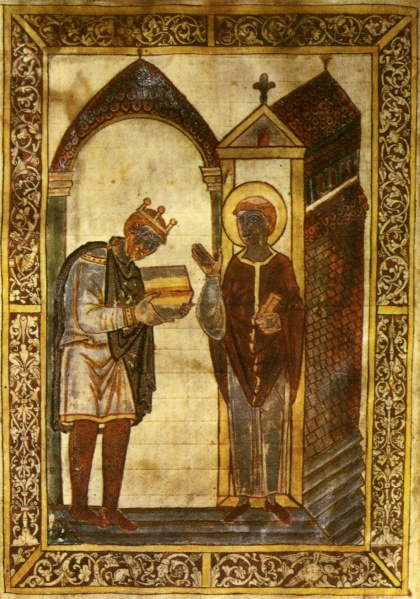 In Egil Skallagrimsson’s Saga (c. 910 – c. 990) it is told that Egil and his brother had been in the service of the English king Athelstan as mercenaries. King Athelstan, who was a Christian, asked them to be prime-signed.

A Viking who worked for a Christian king and was prime-signed, had a big advantage: He was accepted as a Christian among Christians and at the same time could keep his pagan beliefs. He switched religion if the situation demanded it, and could continue to follow the custom of sacrificing to Odin when he came back home.

Denmark was officially converted to Christianity in the mid 10th century, while Norway – which at the time included Iceland, Orkney, the Faroe Islands and Greenland – was considered Christian when Olaf the Holy made Christianity the official religion in about 1023 AD.

In Sweden, however, Norse religion continued to thrive until well into the 12th century when the great pagan shrine at Uppsala was finally destroyed.

The fact that Christianity became the official state religion in Norway in the year 1023 AD does not mean that all Vikings followed the teachings of Christianity. It is believed that many continued to follow Norse religion, and we have no record of when it completely disappeared.

Like Loading...
‹ What Do Americans Know About Vikings and Scandinavia
Scandal: No Norwegians Have Ever Been Selected Astronauts ›