Home › Culture › International Women’s Day: “Who is the Norwegian Woman?”

International Women’s Day: “Who is the Norwegian Woman?” 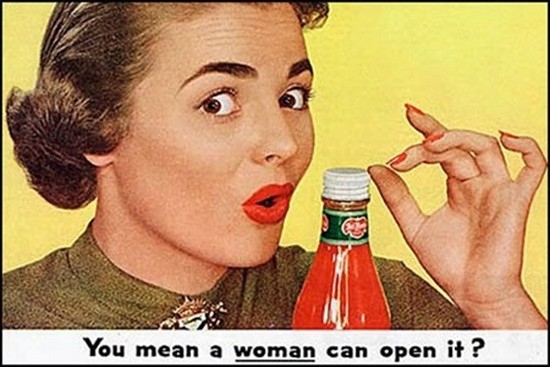 Fortunately, women have more skills than just being able to open ketchup bottles.

Congratulations to all women on the International Women’s Day 2014 from ThorNews!

The general view of the Norwegian and Scandinavian women does not quite match with reality. No, Norwegian women are not always tall, blond, busty or sexually liberated. They are so much more.

In many ways, the Nordic countries and Norway are very radical when it comes to gender equality. In Norway there are more women who complete higher education at universities and colleges than men. There are more female doctors, priests and academics than men.

The fight for Women’s Rights in Norway began in the 70s. Their slogans were: ‘Equal Pay for Equal Work’, ‘Fight Prostitution’ and ‘Women – Take Control Over Your Own Body’.

In 1961, the first female Norwegian priest, Ingrid Bjerkås, was ordained, and in 1981 Norway’s first female Prime Minister, Mrs. Gro Harlem Brundtland, was elected. In her 1986-government she appointed eight women ministers out of a total of 18 – the largest percentage of women in any Western government ever. This event attracted considerable international attention.

Today we can see the results of the Women fights for equality. Norwegian women decide what career they want, how they organize their lives and who they want to share life with. Women in Norway are crane operators, carpenters, nurses, police and doctors – anything they want to be.

This does not mean that Norwegian men have become weaker or that the gender roles are blurring. Norwegian men love their women. The strength in women has made many men happier. Who would not want a partner who knows what she wants, and that is equal when it comes to financial matters, sexuality and decision-making? It is still true that ‘muscles’, physiology and interest are important factors when it comes to gender roles. Norwegian men shovel snow, chop wood, mow the lawn, paint houses, do carpentry and go hunting – but he knows that the matriarch is waiting at home.

As in many other countries, urban areas are a head of the development. In rural communities where farming and fishing are the primary industries, boys do not move from home while the girls travel to urban areas for education and job seeking. The sex ratio is skewed between urban and rural areas: There is a surplus of women in the cities and a deficit in rural areas.

Another ‘problem’ is that women know what they want and what requirements they impose on a man. He must be handsome, smart, warm, educated, funny, well-dressed, interesting, love kids, caring … He must be everything at once, which of course can be challenging.

Men, however, still have relatively simple requirements for a woman: She should be sociable, beautiful, caring and from time to time contribute to the family economy. But she can also be highly demanding and annoying.

The development of equality has for many men gone so fast that they do not ‘stick in the turns’. This is partly due to the upbringing they have received from their parents’ generation. So, how does a Norwegian man regard the Norwegian woman of today?

Many Norwegian men look upon the Norwegian woman as independent, strong and well-educated. She is beautiful, well-kept, and feminine – with many masculine qualities. But is she really tall, blonde and busty? Mostly not. Believe it or not, she can be chubby, lower than 5.4ft and she can be a huge monster taller than 6.2ft. Norwegian women can be thick, thin, blonde or dark – but they are always strong and independent. And do not forget, you can also find Norwegian women in saris, Bunads, hijabs, burkas, miniskirts, trousers and with or without sneakers.

This article was first published in 2012 on ThorNews.