Record of All Records Celebrates 100 Years 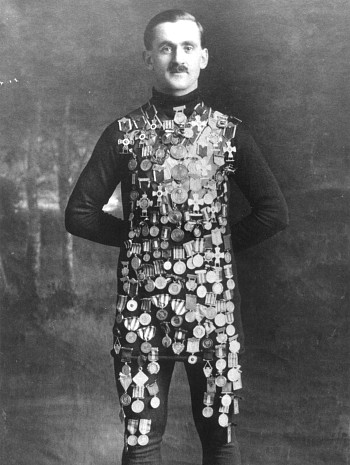 2.17,4: These numbers are printed in golden letters in Norwegian history books, and it is precisely 100 years ago since they became significant. It took 23 years and 13 days – or 8,414 days – until the record was beaten. Never has a speed skating record stood so long.

Because it was on January 18th 1914, in the Swiss alpine resort of Davos, that the Norwegian Oscar Mathisen became world champion on 1,500 meters long track speed skating.

At the time, Davos was known to have the best rinks in the world. The city is located 1,560 meters above sea level and Mathisen had been personally invited to the competition.

However, it was not without problems: On the same weekend, the Norwegian Championships in Trondheim was held, and the organizers were very unhappy that the biggest star could not participate.

“I understand their indignation and anger. But I could not let this opportunity pass”, Mathisen later wrote in his autobiography.

Back in 1914: The conditions in Davos were excellent, and Mathisen was in top shape. The weekend before, he set a world record on 1,500 meters with the time 2.19,4 at Frogner Stadion in Oslo.

In Davos, he went even faster. Mathisen delivered a superior 2.17,4 race – two seconds better than his seven-day old record. He beat his competitor in the same pair by seven seconds.

Oscar Mathisen was wholesaler of world records. At first, 2.17,4 did not receive more attention than his other records, but as the years went by and no one managed to beat the time, it became more and more special. 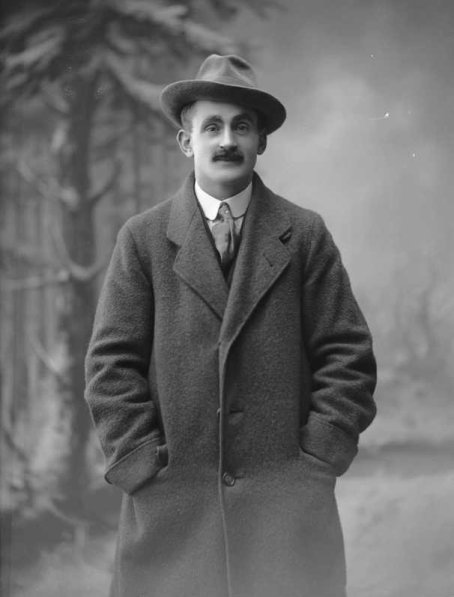 The Finn Clas Thunberg would become the symbol of the fight against Mathisen’s legendary world record. He was a specialist in 1500 meters, and during his 15 year career he won two Olympic gold medals. After Mathisen quit competing professional speed skating, Thunberg was the best speed skater with a total of five Olympic gold medals, five world championship gold medals and four European Championship gold – including four world records.

In 1937, another Norwegian made an impression in Davos. Mikael Staksrud became European champion beating Mathisen’s world record by a few seconds. Staksrud’s personal best was 2.14,9.

Portrait of Oscar Mathisen from 1914.

Actually, it was not the world record of 1,500 meters that was Mathisen’s primary goal in Davos 1914. It was the 5,000 meters record he was striving for.

In fact, he possessed all other records, and desperately wanted the final one – which he managed.

With the time 8.36,6 he beat Nikolay Stroennikov’s three-year old record by six tenths and all the classic skate records were Mathisen’s.

However, the 5,000 meters record was quickly defeated. Two years later, Mathisen beat it himself in what would be his last race as an amateur.

But it was the time 2.17,4 which became legendary.

Won a total of 14 gold medals in important championships, four silver medals and one bronze.

His life ended tragically. Mathisen killed his wife and then himself after his wife had suffered from severe depressions for many years.