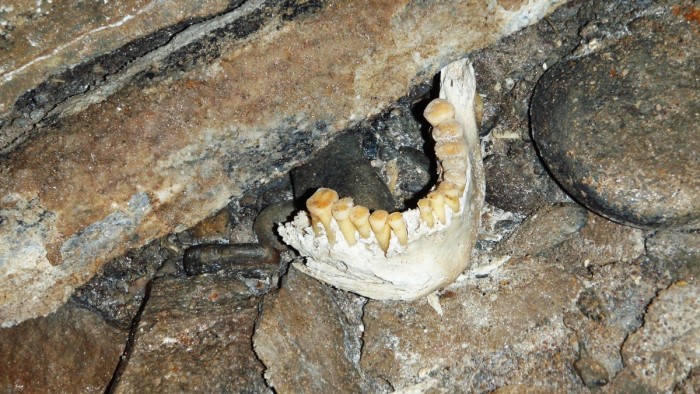 How the jaw was found: Lying dry and dark in shell sand in a cave in Steigen, Nordland County

It was in May for more than two years ago that Lars Blomberg, Kjersti Gylseth and Gunnar Svalbjørg from Leines in Steigen municipality in Nordland County entered an inaccessible cave.

– The cave was partially filled with water, and we had to use a rope to enter. It was very long, and in the end of it there were stalactites, says Gunnar Svalbjørg to NRK.

It became clear that there had been many landslides inside the cave.

– In one area that the water has washed clean and dry, we suddenly spotted a lower jaw with a full set of teeth.

The cave explorer quickly observed that the jaw came from a human.

– It is very rare to find such old organic matter. But it has been dry, dark and much shell sand inside the cave, and it gives good preservation conditions, says archaeologist Keth Elisabeth Lind at Tromsø Museum. 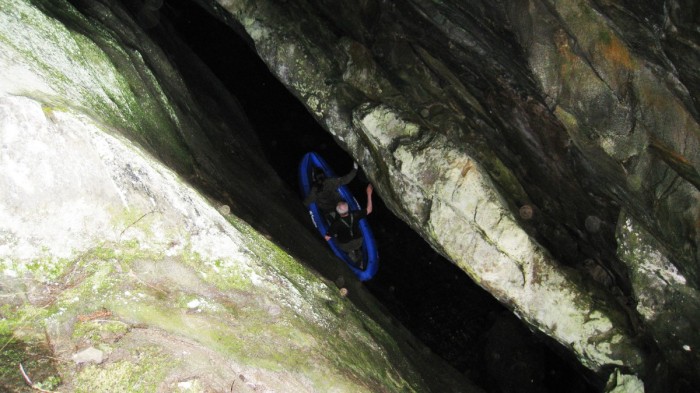 The archaeologists have not yet examined the sex or how old the person was. However, what the Stone Age man ate, researchers know much about.

– In general, they ate marine foods such as fish, shellfish and marine mammals from fishing and hunting in the sea, lakes and rivers. There is a high probability that they fished with nets. It is found fishing tools from the period.

Lind says that findings of tools from the Stone Age just show a small part of how Stone Age people lived.

– It was advanced societies that have had tools for every use. They hunted large land mammals, marine mammals and fish. They had good boats, both of leather and log boats, she says.