It is with mixed feelings that winter is rapidly approaching: Many will miss summer, but at the same time many Norwegians are looking forward to snow and the winter sports season – sports which in most countries are looked upon as very peculiar, and in many cases mainly practiced by Norwegians.

The winter sports season starts in October and lasts until April.

Like all other nations, Norwegians are most concerned with sports where we achieve good results in international competitions.

1. Cross-country skiing: Norway’s national sport has been (and always will be) the most popular Norwegian winter sport. Norwegians are “born with skis on their feet”. Cross-country skiing is an integral part of Norwegian culture and sports heroes are iconized. Norwegian athletes always do well in international competitions because Norway is one of the few nations that invest in this sport, together with nations specializing in winter sports such as Sweden, Finland, Russia, Germany and Canada. 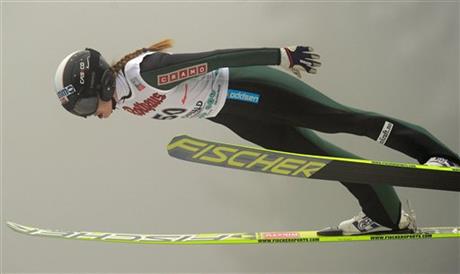 3. Biathlon: Has become increasingly popular winter sport because Norway has athletes who do well in international championships. Biathlon is also a very TV-friendly and unpredictable sport.

4. Alpine skiing: Norwegians are very proud of their alpine skiers – a handful of professional athletes who always do very well in the World Cup and the Winter Olympics. Thanks to alpine skiing icons Kjetil Andre Aamodt and Lasse Kjus, and the current sovereign alpine skier Aksel Lund Svindal, alpine skiing has retained its popularity.

5. Ice Hockey: Has grown in popularity in recent years because the Norwegian National Ice Hockey Team has started to produce good results in the World Championship.

6. Curling: Norwegians are only interested in curling every fourth year – during the Winter Olympics. We always lose to Canada in the finals (with one notable exception).

7. Snowboard: The No. 1 youth sport with a growing fan base. Norwegians do well in international competitions. ThorNews’ predicts that this sport will become increasingly more popular in the coming years. (Photo shows Terje Haakonsen)

8. Long-distance ice skating: Used to be the most popular winter sport, but the general interest has fallen. Today, Norwegians can hardly name any of the athletes. One of the main reasons is that the Dutch totally have dominated the sport over the last decade. Will long-distance ice skating survive in Norway?

9. Figure skating and ice dancing: Norway has only had one international super star, figure skater Sonja Henie (1912-1969). But today, almost no Norwegians show any interest in these sports.

NB: Some winter sports are not included as they only are of peripheral interest: Bob sledding, Nordic combined, Bandy, Telemark ski etc.