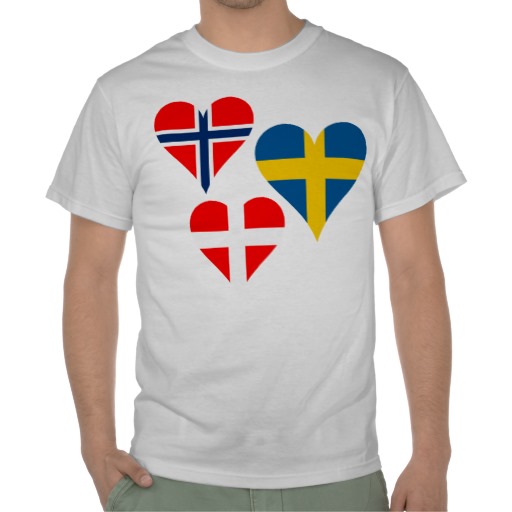 Scandinavians are according to the 2013 World Happiness Report, the happiest people on the planet.

You should live in Scandinavia if you seek happiness, according to the 2013 World Happiness Report by Columbia University’s Earth Institute. 156 countries are ranked, and the three Scandinavian countries Denmark, Norway and Sweden all ended among the top five.

The five happiest countries in the world are (in order) Denmark, Norway, Switzerland, the Netherlands and Sweden.

The Earth Institute said six metrics were responsible for more than three-quarters of the final scores: Healthy life expectancy, social support, real GDP per capita, generosity, freedom (or perceived freedom) to make choices about your life, and freedom from corruption.

This is not the first time the Danes rank at the top of “happiness rankings”. Surveys show that Danes consider themselves as very happy because they basically had no high hopes for life, but that it has surprised them in a positive way: Life turned out much better than expected.

Norwegians have expressed to be a little bit happier than last year. In the first UN World Happiness Report, Norway was the third happiest country in the world, after Denmark and Finland.

An important reason why Scandinavians consider themselves happy is probably that most people have escaped the global financial crisis. Happiness is related to economy in the way that people feel confident when their most important needs are covered, and do not have to worry about the future.

The figures show that for countries in the Euro Zone hit hard by the crisis; Greece, Italy, Portugal and Spain – the happiness index has fallen dramatically.

The countries where people are most unhappy are Rwanda, Burundi, Central African Republic, Benin and Togo – all located in sub-Saharan Africa.

“If we want a happier world we need a completely new approach to mental health,” the report concludes.