Popular Norwegian Waffles Down Under 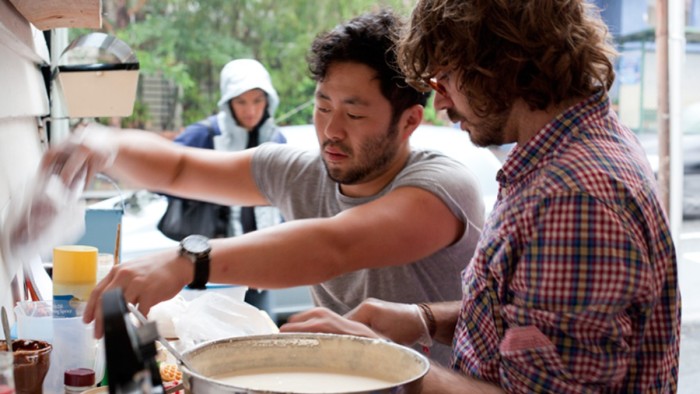 Far from Norway, on the other side of the planet, Norwegian Christian Aas is serving gourmet waffles inspired by his mother’s recipe. That’s really good business.

– We thought it was about time that Australians got a taste of Norwegian waffles, he says.

In Norway, the delicious smell is recognizable to most people, but to those who have never tasted traditional Norwegian waffles it is absolutely irresistible.

In an urban Brisbane street, Christian who is originally from Western-Toten and his Australian business partner Rhys Jones, have their own café, and call themselves The Iron Ladies. They got the somewhat unusual name after a special order of waffle irons from Norway.

For two years, Rhys lived in Norway and was quickly fascinated by the traditional Norwegian food. Waffles became a favorite, and he literally brought them back to Brisbane. 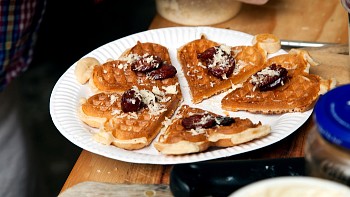 The recipe originates from Christian’s mother (Editor’s note: Most waffle recipes come from our mothers), but the boys have worked hard to create their own special waffle batter. There have been some mistakes, but now the guys believe they have created the perfect mix.

– The batter change a little from time to time, probably because of the high humidity we have here in Australia, Christian explains and continues: – But now we have made ​​a batter that is perfect.

Every Friday and Saturday, the two boys serve these golden hearts in their café called Two Trees. They believe that you can put almost anything on a waffle.

Classics as “Kong Harald” (the king of Norway) with traditional brown cheese and raspberry jam, and “Queen Sonja” (the queen of Norway) with sour cream and strawberry jam are the most popular types, but new varieties such as “Death by Mr Streaky” with bacon and cheese has also become a hit.

– There are no limits to what you can put on a waffle, and that little extra is especially important, Rhys explains.

– We change the menu a little bit every week. Saturdays are our most creative days, and we are trying to make the waffles more exciting with some original toppings. Once we tried anchovies. That was a bit too creative, Christian laughs.

It is clear that both guys like to try new things. Fresh mango chutney and Italian sausages are also part of their varied menu. 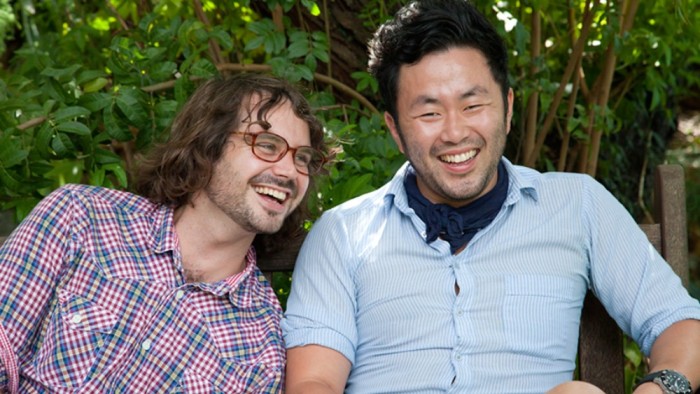 Christian (on the right) and Rhys tell that making waffles are an escape from their busy everyday life. They work well together and have many good ideas.

Since the start about half a year ago, the boys have experienced great success. Several Australian food magazines have recently published encouraging articles about Rhys and Christian’s waffle project and the positive reception has created many regular customers.

– We have not received any negative feedback. People are very positive, Rhys smiles.

We can definitely say that Norwegian waffles have become a hit in Brisbane!

Like Loading...
‹ Vikna – The Land in the Ocean
The Blue Tit – a Welcome Guest in Norwegian Gardens ›