Woman Unable to Open Jar – Producer Came to Her Rescue 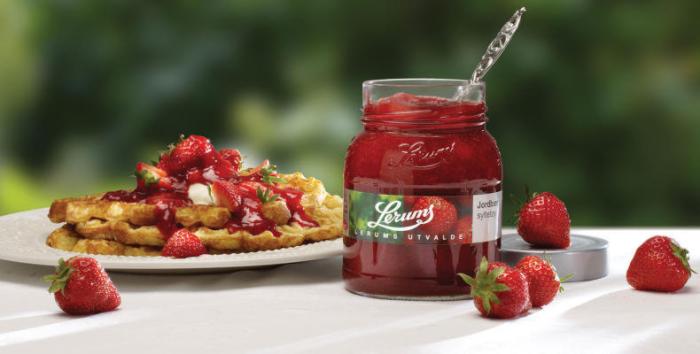 When an 85-year-old woman from Bergen was unable to open the strawberry jar, the producer came to her home and opened it for her.

– After all, I am 85 years old and do not have enough physical strength, Aud Aarsand says to Bergensavisen.

Last week, the 85-year-old made her most delicious Easter waffles. But the joy suddenly came to an end. The jar of strawberry jam she recently had bought especially for that occasion would not open.

Mrs. Aarsand decided that she had to buy a new jar. Before she went to the store, she sent an e-mail complaint to the manufacturer, Lerum.

– They offered to replace my purchase, but I replied that I had no use for a new one. I only needed someone who could open the jar for me. My son was away on holiday, Mrs Aarsand says.

Later that same day, she received a phone call from a representative from Lerum.

– I could not believe what I heard! He offered to come to my house and open the jar. “You cannot come all this way just for that”, I said, but the man said he was in the area. Ten minutes later my doorbell rang, the 85-year-old says.

Outside her home stood a “very nice man” from the producer Lerum. He carried a large bag of samples, but most importantly:

– He opened the jar in no time, Mrs Aarsand tells, and adds: – I had to ask him if it really was hard to open or if I was just being whiny. He said it was a little tough. We had a long talk. I offered the gentle man coffee, but he eventually had to go.

Mrs. Aarsand has not lost her confidence in Lerum after the incident.

– I like to be loyal to local businesses. I am a bit patriotic, she states.