Home › Culture › The Longship in the Medieval Saga Texts

The Longship in the Medieval Saga Texts 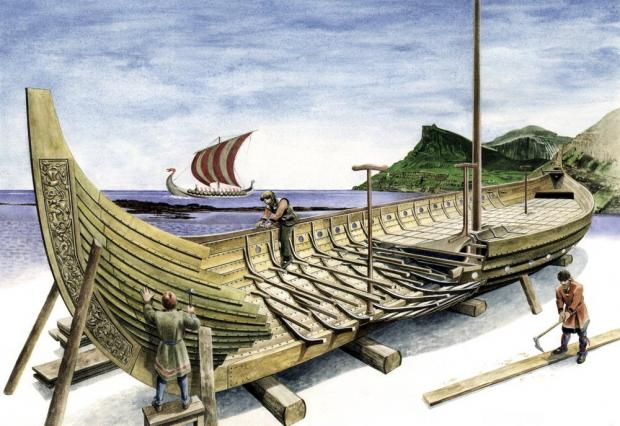 About fifteen longships with thirty pairs of oars or more were according to the sagas built shortly after the year 1000 AD to the mid of the 13th century. (Photo illustration: NDLA.no)

Most of the Viking sagas were written down in Iceland at least 150 years after the end of the Viking Age. They often describe the life of the most famous Viking kings, including their longships that symbolized power and wealth.

Snorri however, did not write down the sagas before about the year 1230 AD, and his descriptions are probably influenced by shipbuilding early in the 13th century.

His descriptions are nevertheless a valuable source of information because they give us an insight into Viking ship construction.

In Olaf Tryggvason’s saga, Snorri describes the building of “Ormr Inn Langi” that was going to be used as a war ship. 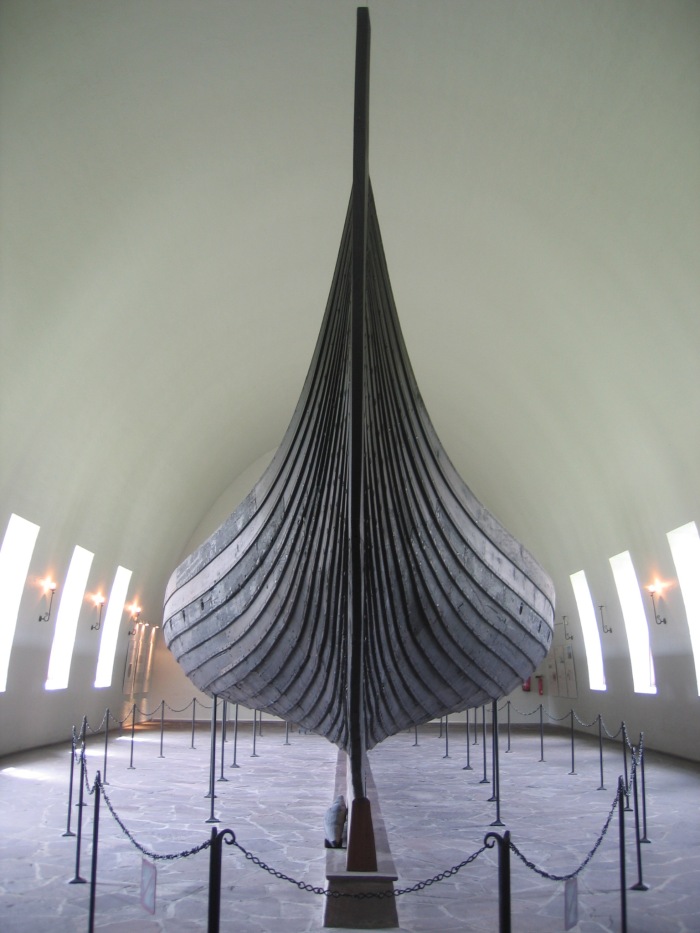 The Gokstad ship located at the Viking Ship Museum in Oslo was built about the year 850 AD. (Photo: Wikimedia Commons)

Snorri’s text gives us some useful information, both about the construction and appearance.

The building takes place close to Trondheim in Central Norway and many men are working on the project.

Snorri hierarchically lists all taking part in the building process: Firstly the king as the ship owner and master builder, then the stem-smith, then the regular shipbuilders, then those who shape the timber, those who forge the nails and finally those who merely carry the timber.

About the ship itself, we get information about the size – 34 “rum”, corresponding to 34 pairs of oars. Secondly, that the vessel is equally high up to the gunwale as the gunwale on a sea-going ship.

This corresponds to how Medieval saga texts describe other large rowing ships.

In many descriptions of sea battles we read that it is very difficult to attack these large ships because they are much higher than other vessels at the time.

The saga texts refer to about fifteen large ships with thirty pairs of oars or more built shortly after the year 1000 to the middle of the 13th century.