January 3 in 2013 marks the 100th anniversary of the Norwegian explorer and scientist Hjalmar Johansen’s death. His role in Norwegian polar history is overshadowed by Fridtjof Nansen and Roald Amundsen’s achievements. However, much of their success is thanks to Johansen and his polar knowledge. 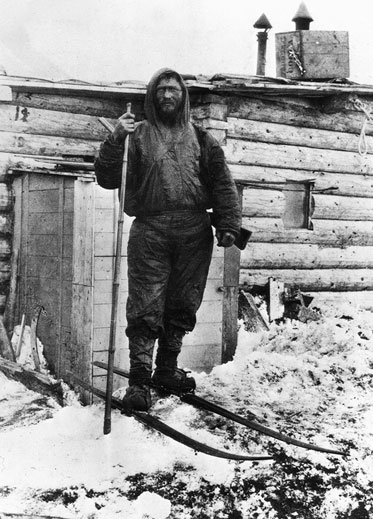 The expeditions were demanding, and thanks to Johansen’s physical and mental strength he saved many lives during the Fram Expedition. His polar expertise was essential.

As a reward, he was appointed the military rank of captain, while Nansen was awarded national hero. It is unlikely that Nansen would have achieved this status without his traveling companion.

During the South Pole Expedition, Johansen rescued Roald Amundsen from scandals. During the first attempt to reach the South Pole, Amundsen had to leave several of his men on their way to the camp.

Johansen had warned him about the weather and the cold, but Amundsen rejected him. Each man had to fend for himself, and although everyone survived, many got frostbites and were knocked out of exhaustion and disease.

Thanks to a biography written by Ragnar Kvam Jr., Hjalmar Johansen finally achieved the acknowledgment he deserves in polar historybooks. The Third Man. The Story of Hjalmar Johansen, was published in 1997, sorrily eighty-four years too late.

On 3 January 1913, Johansen took his own life, probably due to lack of recognition of his great contribution to the word-renowned expeditions.

Let us all remember this unsung polar hero: Rest in peace, Hjalmar Johansen!