‘Querini Opera’ at the Outer Edge of the Lofoten Islands

The Premiere on Henning Sommero’s opera takes place at the utmost tip of Lofoten – the island of Røst on August 4th and 5th 2012.

In 1431, the Venetian merchant and nobleman Pietro Querini embarked from Crete with course for Flanders in Belgium. The ship was fully loaded with wine, spices and cypress wood. His journey would last from April 1431 until late autumn 1432, when 11 survivors from an original crew of 68 men returned to Venice after what must have been the journey of their lives.

The passage was affected by terrible misfortunes and accidents. When they finally approached the English Channel, they were led out into the Atlantic Ocean west of Ireland by heavy storms. They lost the ship’s rudder, and the sails were shattered by the strong winds.

Right before Christmas the crew had to abandon the ship and embark the lifeboats. The two lifeboats soon lost sight of each other, but the largest one, with 47 men on board remained afloat. Because of the bad weather, they had to throw much of their provisions over board, and most of the ship crew died of hunger, thirst, exhaustion and cold. The surviving men were eventually desperate with thirst, and they drank both sea water and their own urine.

The 5th January 1432, after twenty days in the lifeboat, they finally landed on a desolate island on Røst. 16 men had survived so far, and their joy was immense. They could see smoke from an island in the distance, but their lifeboat had developed a leak, so they could not reach them. They were stranded on the island for 29 days, until saved by local fishermen. The Italians stayed on Røst from 3rd of February until 14th of May 1432. In this period they lived together with the inhabitants of Røst, and the two written stories from this stay, Querini’s own and the crew’s, give a unique insight into daily life in a fishing community in Northern Norway in the 15th  Century.

63 miles from the mainland, and 16 miles from its nearest neighbour in Lofoten, you will find the island of Røst. With approximately 600 inhabitants, and barely 4.3 mi2, the municipality of Røst is one of the smallest communities in Norway. However, if you count in one ofEurope’s largest seabird colonies, which mainly consist of puffins (Fratercula arctica), you will find that there are more than one million “røstværinger”.

The highest point on the inhabited islands is only 36 ft. above sea level, but the bird islands rise up to 951 ft. The main industry is fishing, and the sea areas surrounding Røst are essential in the annual Lofoten Fishery, which takes place from January until mid April. Since Querini stranded, rather involuntary, on Røst in 1432, the Røst community has been extremely export oriented. 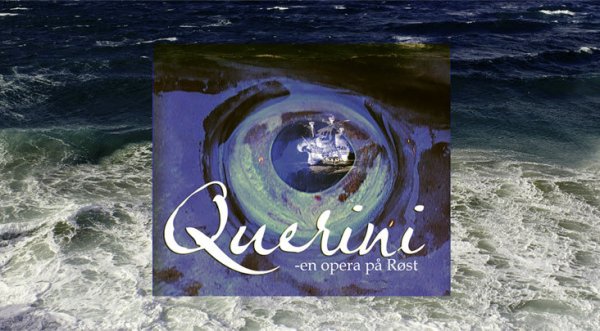 The fish industry today exports stockfish for about 67.000 dollars per inhabitant every year, mainly to the Italian market.

The winter is the main season on Røst. About 350 fishing vessels, from Finnmark in the High North, toLindesnesin the South fill the harbour area. Accordingly, the number of inhabitants on the island more than double in the winter season. The sea, the fish factories and the pubs are buzzing!

When the cod (skrei) and the visiting fishermen leave Røst in April/May, the migrating birds return. And, following their trail, the summer and the summer visitors arrive.

Røst has an extreme coastal climate. The average temperature in January is 3 degrees Celsius, and in July 11 degrees Celsius. Sea and sky meet on Røst, like no other place inNorway, and many an artist has been inspired by the exceptional light out there.

PS: ThorNews recommends you to pop in and see the opera if you should be in the area.