Home › Quirky › 42.5 Percent of All Norwegian Taxis are Mercedes-Benz

42.5 Percent of All Norwegian Taxis are Mercedes-Benz 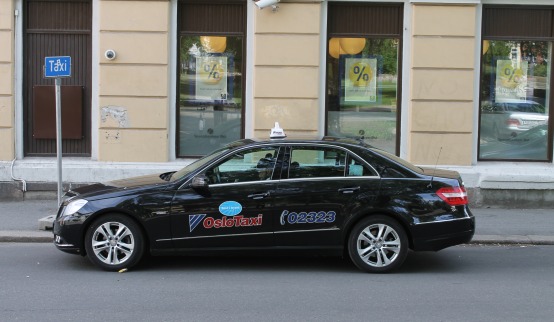 If you book a cab in Norway it’s a high probability that you soon will find yourself inside a luxury car. The report ‘Automobiles in the Taxi Industry’, prepared by Norwegian Taxi Association, shows that 42.5% of all passenger cars registered as taxis in Norway is a German produced Mercedes-Benz. In addition, 77.6% of all minibuses are produced by Mercedes.

According to Daniel Polzin, who has 10 years experience as a dealer of Mercedes-Benz at Bertel O. Steen AS Asker & Bærum, the reason why the brand has become so popular with taxi owners is quality and excellent car service. The harsh Norwegian climate and poor standard of roads put very high demands on the vehicles.

– When the cars are replaced after 2-3 years, they still have a good resale value, Daniel Polzin adds.

He tells that sales figures for Mercedes-Benz in Norway are good:

– We have developed some exciting new models, not at least in the A-class and B-class, environmental and family friendly models. 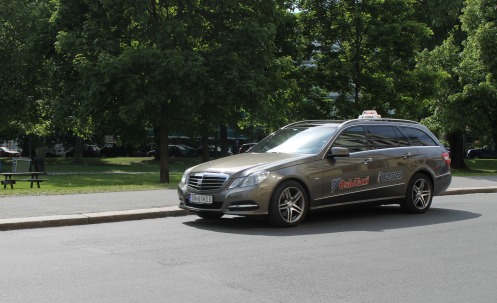 Mercedes-Benz is the seventh most popular car brand in Norway, and Norwegians are world champions in numbers of cars per capita. The German automobile manufacturer has repeatedly tested new models on Norwegian roads in order to ensure that they produce high quality cars for the international market.

Oslo Taxi was established as Christiania Bilcentral in 1921. This makes the company one of the oldest taxi centers in Northern Europe. 1380 cars with a total of 2800 drivers are affiliated to the taxi center. The cars annually run more than 6.7 million trips and carry more than 11 million passengers per. year.

The picture on top shows one of the company’s Mercedes-Benz on the taxi stop at Birkelunden, Oslo.