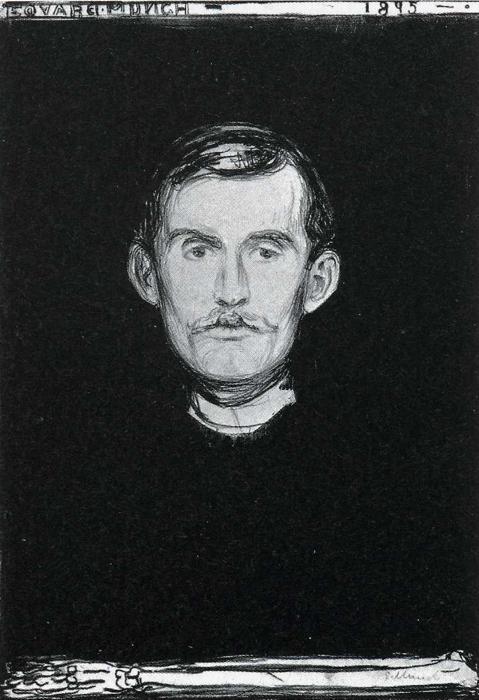 Edvard Munch is Norway’s most famous artist, as both a painter and a printmaker. His pictures influenced the development of a style that would later become known as Expressionism. This was a radical new departure in art that allowed private emotion and the subjective experience of life to influence choices of theme, color and format.

In 1885, Munch received a small private grant from his relative Fritz Thaulow so that he could participate at the World Exhibition in Antwerp, Belgium. His contribution was a portrait of his sister Inger, wearing a black dress. (See photo) He thereafter traveled to Paris, where he spent several weeks studying the Salon and the Louvre. The same fall, he exhibited a full-figure portrait of Karl Jensen-Hjell, which was negatively characterized as ‘extreme Impressionism’. The following year, he exhibited ‘The Study’ – which was later known as ‘The Sick Child’ – which triggered a negative review in the Norwegian criticism. In short, Munch was accused of exhibiting unfinished paintings which should never be shown outside his own studio.

Munch established himself as a highly controversial painter through his ‘unfinished’ paintings. The extreme criticism may also be explained by the importance of visual art in the presence, and that he had the potential that was needed to mark Norway as a nation at international exhibitions – which at that time was an important part of building the nation. 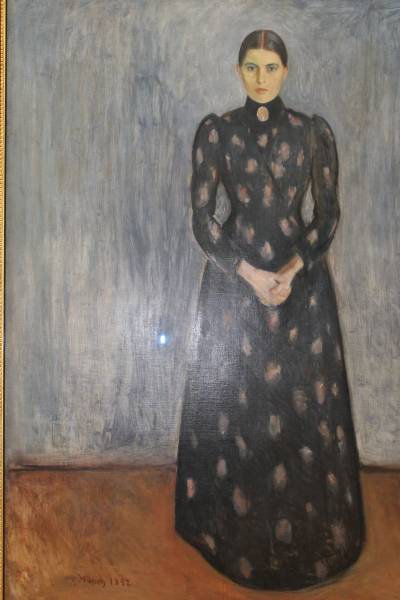 Munch’s life runs like a narrative thread through his entire production. In the 1890s, he began working on ‘The Frieze of Life’, a series of paintings and prints with motifs on the subject of life and death. In many works, he gives visual expression to traumatic experiences from his own childhood. His mother and sister both died of tuberculosis. As a young artist he moved in intellectual circles that were preoccupied with what were then dominant themes: eroticism and love, spirit and matter, existential anxiety, and the death drive. These concerns find expression in pictures from the 1890s, which were often based on his own experience of relationships with women.

In Europe, Munch was known as ‘The Munch case’. He exploited the situation to the maximum and wrote a contract with the art dealer Eduard Schulte to send his exhibition on tour through several cities in Germany. As a part of the tour Munch opened his own exhibition in the center of Berlin. His marketing method was by hanging a huge Norwegian flag out the gallery window and the scandal exhibition gave Munch an international name. He became friends with Swedish author August Strindberg, who was also established in Berlin and had his breakthrough with ‘Creditors’ the same day as Munch dismantled his exhibition. Strindberg and Munch had a close friendship, and at the same time, their regular pub ‘Zum Schwarzen Ferkel’ developed to be an exciting artistic and literary meeting place for German and Scandinavian artists. 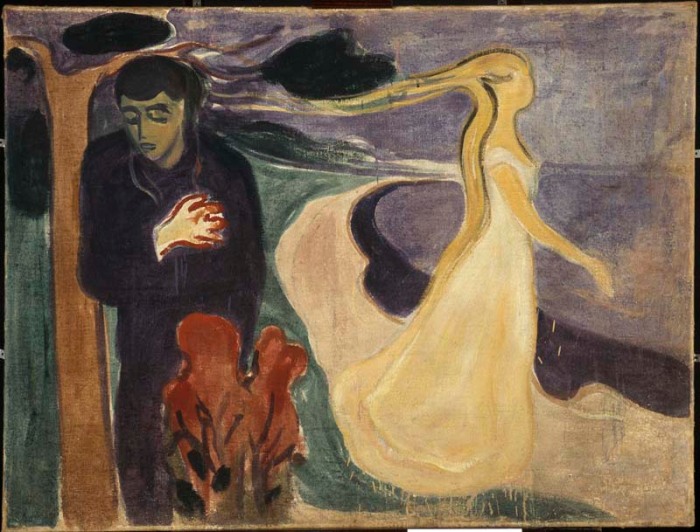 Munch’s palette is often moody and full of contrasts, and he makes use of clear, flowing lines. In the early 1900s, his art began to show greater vitality. Using intense primary colors and bold brushstrokes he depicted people engaged in activities such as bathing and agricultural work.

Many of Munch’s major paintings from the years up to and including the 1920s are now in the collection of the National Museum in Oslo. These include famous works such as ‘The Sick Child’, ‘The Scream’ and ‘Madonna’. All in all, the museum owns fifty eight of his paintings and watercolors, 160 prints, and thirteen drawings.

His famous painting ‘The Scream’ was just sold at an auction by Sotheby’s in New York for a dazzling record of 120 Million Dollars! Now, who wouldn’t ‘scream’ at those figures?