Namsos Rock City – Music from the Middle of Norway 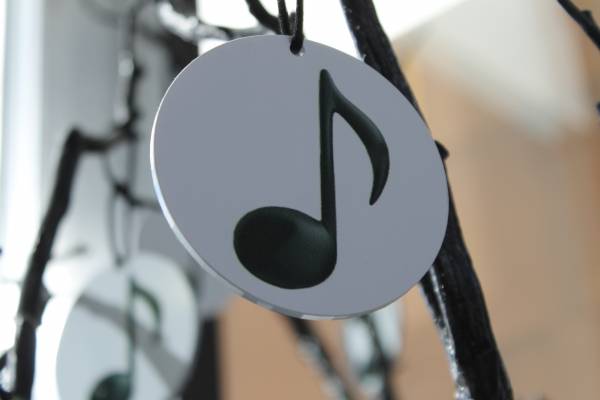 Located in the middle of Norway, more specifically in the city of Namsos, you can find the Resource Center for Pop and Rock Music. ‘Namsos Rock City’ offers education for developing new ideas and projects to the music scene as well as their very own ‘Trønderrock’ Museum. Rock City aims to contribute to the professionalization of the music industry and dissemination of Norwegian rock history.

American music from the 1950’s had an enormous influential power in this little town, through famous musicians like Elvis, Chuck Berry and Little Richard. It was the sailors who brought the rock to Namsos. and this ‘new’ music became very popular among young people. Up until then, folk music was the traditional music scene but it was radically changed after rock ‘n’ roll hit Namsos.  In the cross point between school bands, folk music and international rock ‘n’ roll – the expression ‘Trønderrock’ occurred. 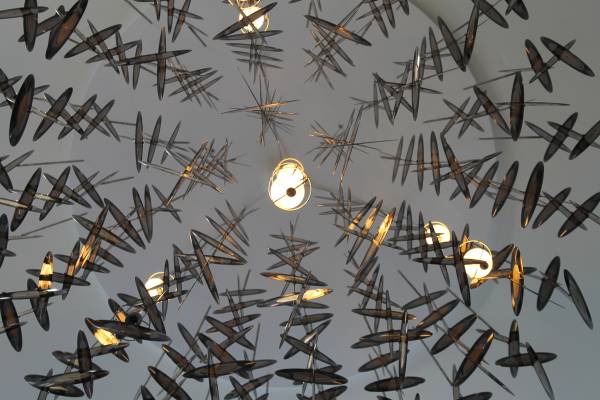 The reason Rock City was placed in Namsos is because of the city’s historical music scene. Since the 1960’s, many famous Norwegian musicians started their careers there, and “Trønderrock” has become a national phenomenon. The term originates from 1972, when a music journalist described his concert experience with the local band Prudence. The characteristic of the “Trønderrock” genre is that you sing rock music in local dialect – Trøndersk. 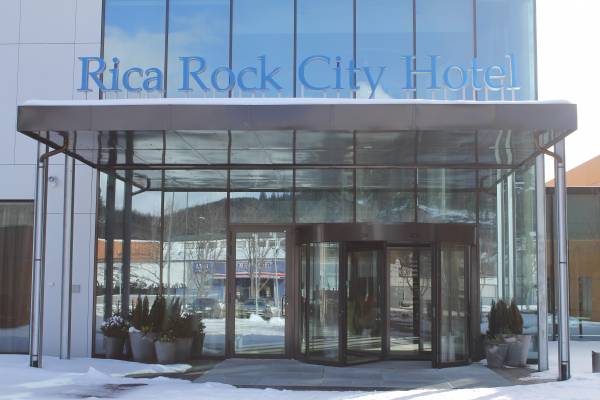 In addition to the Recourse Centre and the museum, a rock-hotel was built. The interior design and architecture is strongly influenced by the musical scene with many of the rooms named after local artists and bands, as well as the decorations are music related. The hotel has been named ‘Rica Rock City Hotel’. See Namsos Rock City homepage here. 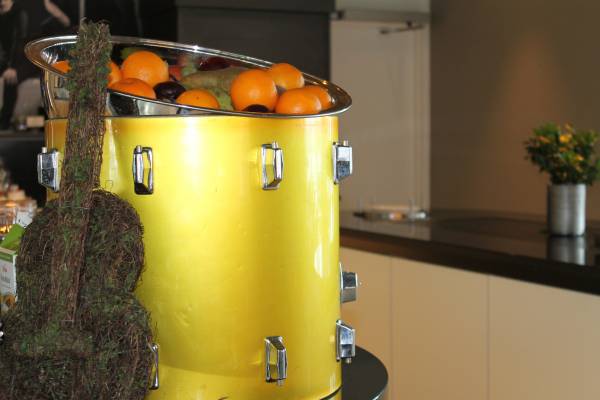 Creative use of instruments in the hotel dining room

Namsos has about 13,000 inhabitants and is located in Nord-Trøndelag County. The city has its own airport and a pleasant urban environment in beautiful surroundings with mountains, a vivid coastline and big forests.