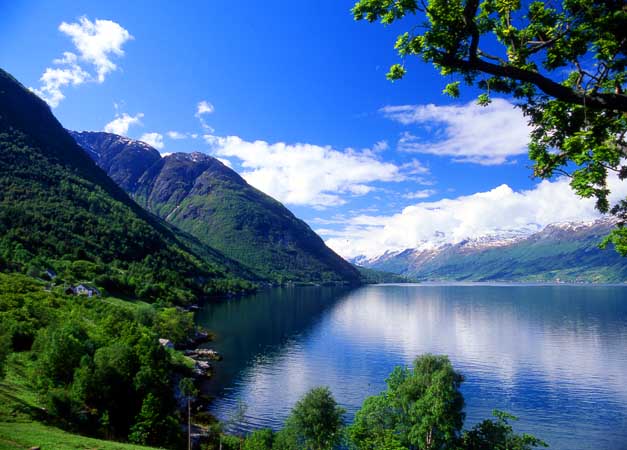 The Hardangerfjord, near Kinsarvik – a breathtaking view. (Photo: Willy Haraldsen/touristphoto.no)

The Hardangerfjord – the Queen of the fjords and the third largest fjord in the world (179 kilometers, or 111 miles) – is located south-east of Bergen, easily accessed from Bergen by car. The Hardangerfjord is surrounded by mountains, the majestic Folgefonna glacier, idyllic fjord villages and orchards. The early spring fruit blossom is an unforgettable sight and the Hardangerfjord is ranked as one of the most beautiful fjords in the world.

The history of the fjord goes far beyond its Viking history, back to the time of hunters on the surrounding mountains, and later on, farming along this fertile area which today is considered the fruit orchard of Norway. Later the fjord became the birthplace for a large tourism influx to Norway, and in 1875 Thomas Cook started weekly cruise departures from London to the Hardangerfjord, due to its spectacular nature, glaciers and grand waterfalls. Soon after this many of the major waterfalls became the power source for large industries in fjord settlements such as Odda. 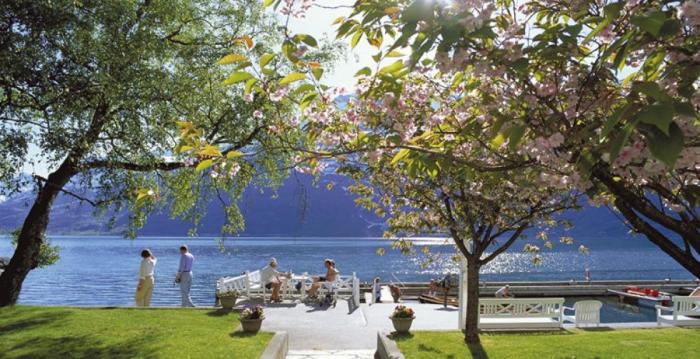 The garden of Ullensvang Hotel by the Hardangerfjord. (Photo: Willy Haraldsen/ touristphoto.no)

Today, the Hardangerfjord witness a renaissance in tourism and new infrastructure for travelers has once again become an industry for the local communities along the fjord. The fjord has good conditions for fish farming. Fish farms yearly produce more than 40.000 tons of salmon and rainbow trout and make the Hardangerfjord one of four major fish farming regions in the world.