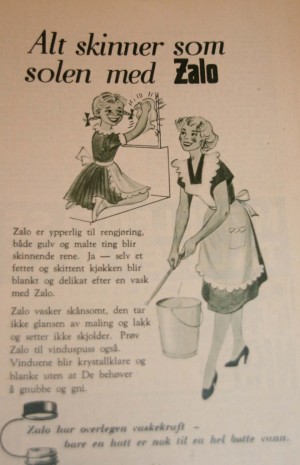 Poster title from the 1950’s: Everything shines like the sun with Zalo!

The first Zalo bottle was produced in Lilleborg factories in 1952. When Zalo was launched the product was named Salo with “S”, but this was changed to Zalo with “Z” in 1953.

Today, the Zalo bottle looks very similar to the first bottle that was introduced to the market, while the content over the years has been steadily improved to become more efficient.

Zalo liquid dish detergent has repeatedly been voted the best-known brand name among Norwegian consumers, regardless of gender and category. 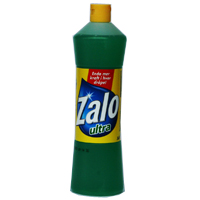 Zalo’s slogan: Power in Every Drop!